The Therapy Players appeared at Second City on Oct. 10, 2014, as part of Mental Health Wellness Week, bringing light to the importance of comedy, improv, and laughter in mental health.

In conjunction with this week long event, the Therapy Players also hosted the Wellness Night of M.I.N.T. on Oct. 8, 2014, at MCL Chicago. 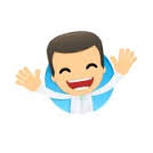 The Therapy Players performed our review, "Laugh Till It Heals", at the the International Society for the Study of Self-Injury (ISSS) annual conference.

No one got hurt, and everybody laughed!

Our first public showcase,  "Friends & Family Therapy" was a benefit for Studio BE. The house was packed! We also experienced our first call for an encore!

The Therapy Players were excited to perform their customized improv show "Court Ordered Comedy" for the American Psychological Association, Division 42 and their 2nd Annual Conference: Forensic Psychological Assessment and Testimony.

The Therapy Players performed a customized show for the ADAA conference, called "Phobia Shmobia".  We had a great time and hope for another chance to work with these outstanding professionals again! 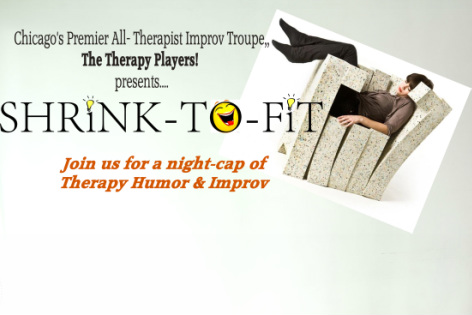 The Therapy Players was pleased to perform our first 2014 performance of "Shrink-to-Fit" at the 21st Annual Midwest Institute for Students and Teachers of Psychology at the College of DuPage,  in Glen Ellyn, Illinois.